Charter schools operate with public money but without many of the rules that govern traditional public schools. In the United States the rules for charter schools differ from state to state. But in general these schools have greater freedom to decide what to teach and how to teach it. A charter school might be independent or connected to the local public school system. It might be started by teachers, parents, community groups or, in some cases, a profit-making business.

And now a group of charter schools have formed the Green Charter Schools Network. The idea is to have environmentally friendly school buildings but to also go further than that.

The schools teach students to become involved in community issues that affect them and the environment. For example, young children grow crops in a school garden and learn about healthy eating. Older students help recycle waste from the cafeteria. And local schools share what they grow in community gardens with people in need.

Jim McGrath is president of the Green Charter Schools Network. He says there are about two hundred “green” charter schools across the United States.

He says the plan is to also include traditional public schools as well as private schools. He says every action we make has an effect on the earth. And we all need to be change agents so that we do not destruct our natural resources for future generations.

The Green Charter Schools Network holds its first national conference this October in Minnesota. It will include companies and organizations like Waste Management and the United States Green Building Council. Supporters of green schools say their goal is to expand the movement across the country.

Is your school doing anything special to “go green”? You can tell the world by posting a comment at voaspecialenglish.com. You can also read and listen to all of our reports and watch captioned videos. Plus, we now offer a verb phrase of the day by SMS. The service is free but standard message rates may apply.

A Military Education at West Point 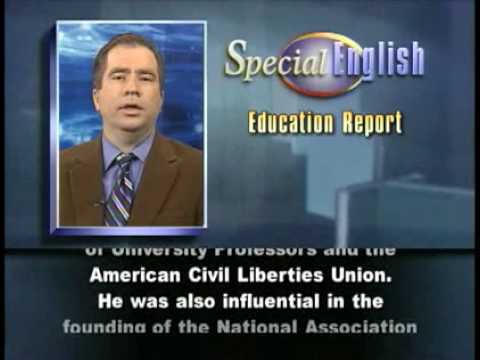